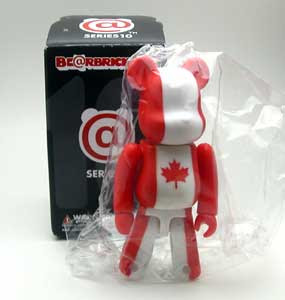 Canada has topped a list of countries with the most positive image and Japan follows with #2. A BBC survey has found Canada had the most positive rating in the survey of 28,389 people in 27 countries, with 54 per cent viewing it positively and 14 per cent negatively. It was followed by Japan and France. At the lower end of the scale, Israel was viewed negatively by 56 per cent of respondents and positively by 17 per cent; for Iran, the figures were 54 per cent and 18 per cent. The United States had the third-highest negative ranking, with 51 per cent citing it as a bad influence and 30 per cent as a good one. Next was North Korea, which was viewed negatively by 48 per cent and positively by 19 per cent.

Here are a few items that may change people's opinions of the top two countries:
(Don't bother: all links defunct.)

I'm sure if I looked hard enough, I could probably find lots more negative news on Canada and Japan, but I'm not going to take the time to find positive news on Israel, Iran, the US or North Korea. Sorry to you completists out there.
Posted by Michael Jones at 10:47 am

More disturbing than any of these stories...
Genesis to kick-off reunion tour in Toronto
Which means they must be well liked by us Canadians and that should knock our global approval ranking down to Syrian/North Korean levels.
AL

The very first concert I ever saw was "Genesis" in the late 70's. Then I saw them on their last kick-off reunion tour 15 or 25 years later (my recollection is all blurry). And I didn't like them either time. I'm just a glutton for punishment!
Oooh, I hope they come to Japan so I can see them again!