Let Me Be Clear.

I'm back after a several week self-imposed hiatus. First I was in Canada for three weeks without adequate access to a computer, then upon return, I got caught up in work and caught up on sleep. I've been meaning to chat about my Toronto vigil but haven't had the energy to do so. That can wait.

Over the last few days, I've been seeking some Avengers: Infinity Wars news and have come across a bit. First up, these are the little trading cards I received when I bought advanced tickets. I couldn't decide which one I liked better, so I got two tix. 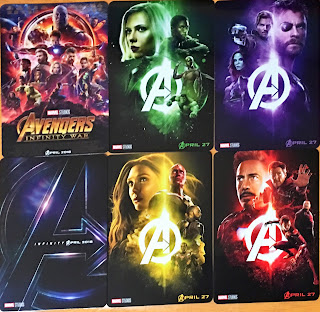 The other day, I landed some Clear Files the other day; they debuted earlier than expected.
(Warning if you look too closely at these pictures, you might encounter a few spoilers!) 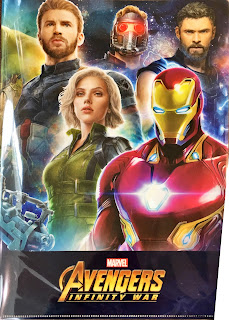 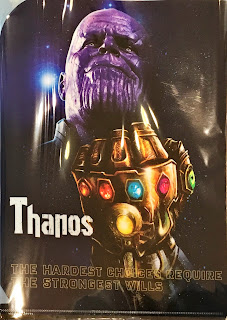 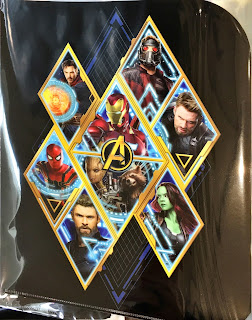 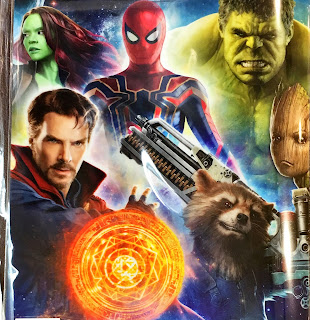 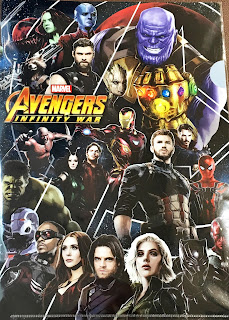 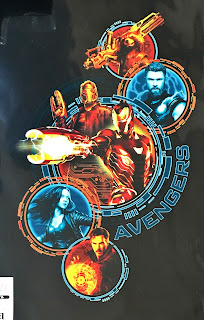 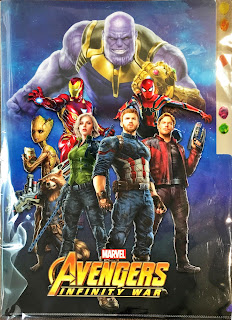 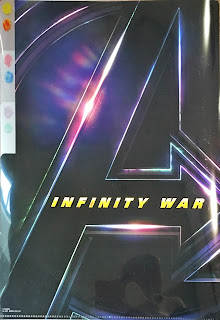 This is a set of B-5 size mini Clear Files.
Try and guess which Infinity Stone is on the reverse of each character.* 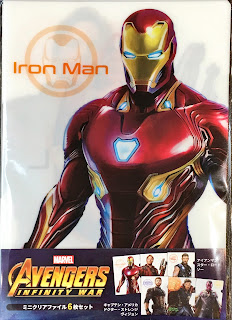 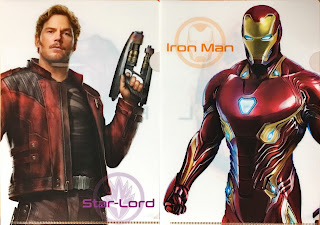 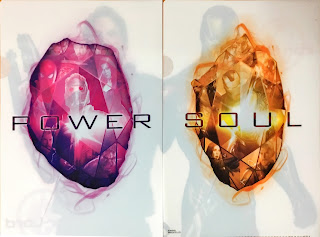 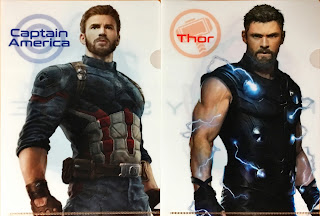 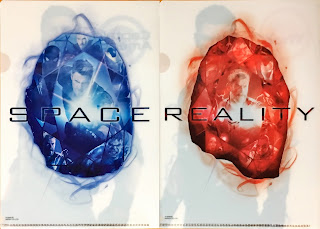 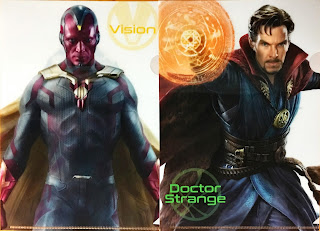 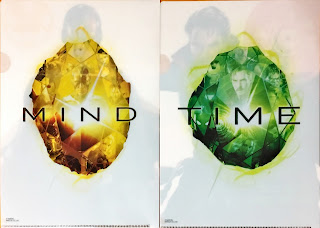 This is one of those little plastic sheets that kids put under a page in a notebook, making it easier to write upon. 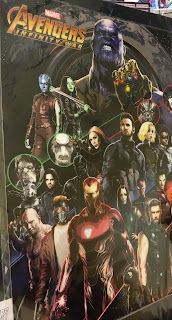 A few goods for sale, such as these coin banks. Pricey though I would like a Dr. Strange or Thanos. 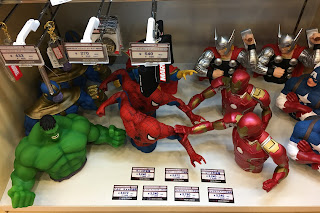 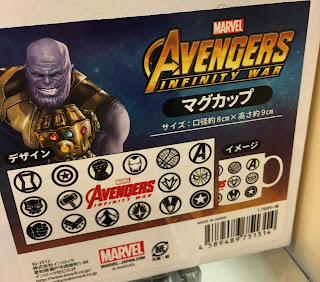 *Here are the answers to the above Stoner-quiz.

That's it for loot at the Cinema (Aeon Natori, the others don't seem to have anything yet.)

I popped into a Lawson's the other day and ordered a Ponta Card which comes with a "free" Clear File. ("Free" after spending 1080 yen.) 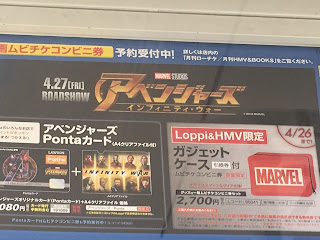 Here are other goods available either online or at HMV. I don't know if they're on the shelves yet. 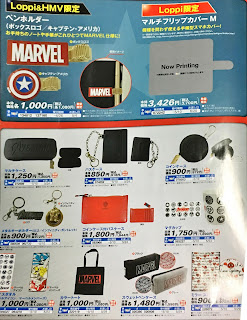 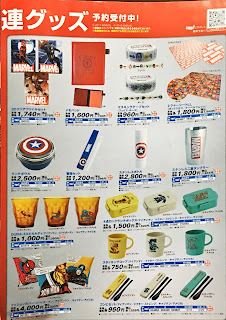 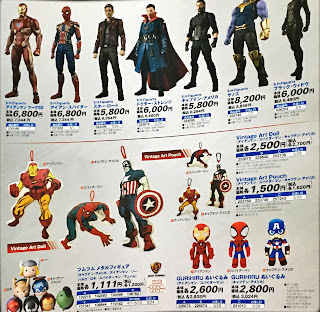 One of my roving reports has noted some of the items up for grabs at Yodobashi at present. Such as these Bobble-Heads. 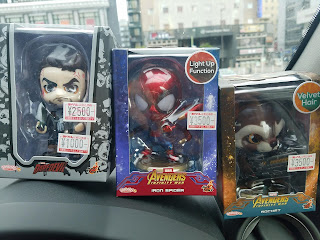 A classic look for Falcon! 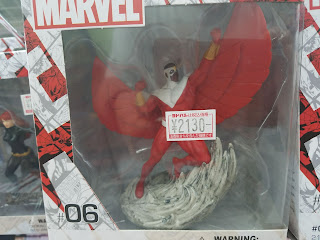 Ooh, Venom goods are early seeing as it won't be released until December. 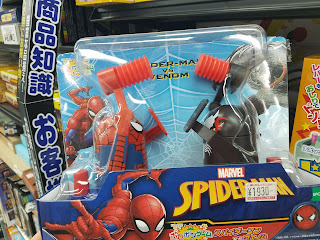 And a handful of figures. 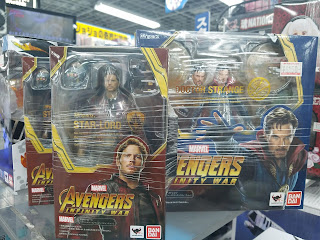 Here, thanks to the fine folks at Tamashii Nation, we can see these figures in action.

Finally, here is a sheet of stickers I scored a while back from the Cinema. I grabbed a few extra if anyone is interested. 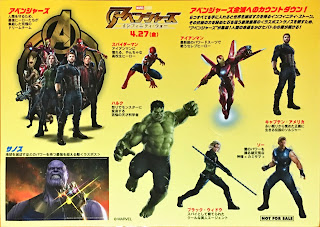 I have heard nothing but positive vibes for the new movie (Except for James Cameron...jealous much?) I can't wait until Friday!!
Posted by Michael Jones at 9:46 pm No comments: Links to this post