T'was 60 years ago that the American release of Godzilla, King of the Monsters was released. The main difference between this version and Japan's is the inclusion of Raymond Burr as reporter Steve Martin, hence the title of today's post.

As a happy coincidence, I was in the cinema picking something up and there for sale are tickets for Shin-Godzilla, Toho's main monster in Resurgence. After much shuffling around, the proprietors managed to find my bonus gift, a nifty clear-file of Godzilla vs. Evangelion! 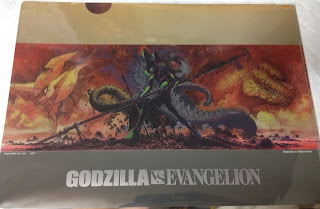 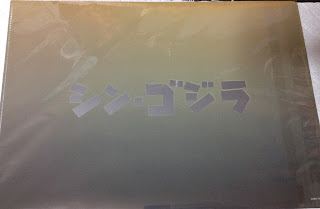 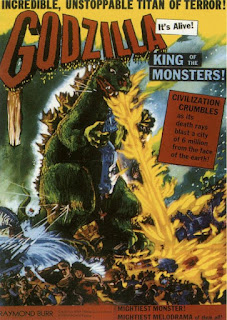 I was at the theatre to pick up advance tickets to Friday's showing of CAvsIM, Civil War which for some reason we are getting a full week before North America*! Go Nippon! 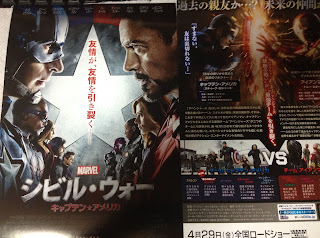 I just so happened to win a Team Cap/ Team Stark pillow at UFO Catcher to commemorate the occasion. 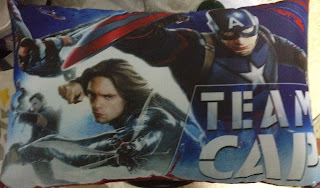 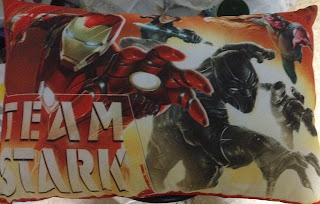 *Why is it so surprising to get a movie a week early? Because Every...Other...Movie is always a few months late!! Case in point, Deadpool. 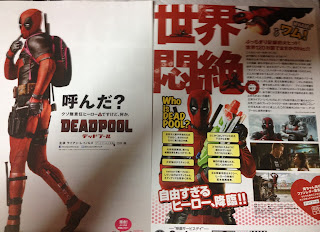 ps. Apologies for my month-long absence. It was tough to get back in the blogging saddle after my vacation. I needed something important like the above to get me recharged.
Posted by Michael Jones at 11:36 pm No comments: Links to this post