So sorry, not the Paul McCartney tune, but サソリ or sasori. I picked up a cool booklet with a glass-encased scorpion for under 2 bucks! It has heaps of arachnoid goodness and several other arthropod pics as well. 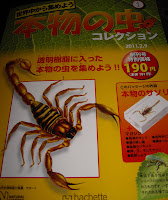 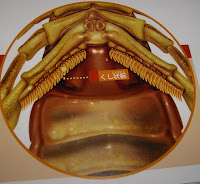 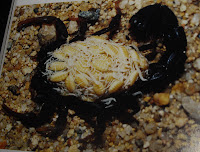 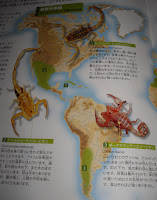 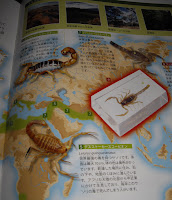 Now the following is not exactly playing cricket:


What follows are the top 6 venomous creatures and a whole bunch of bugs! 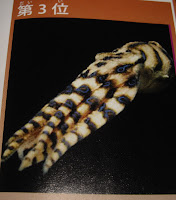 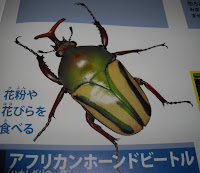 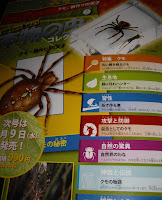 You can find the original and far superior Titanic Clash with Scorpions here or you can watch the following from the remake.


Finally here are a father & son enjoying their bug collection together and the Black Scorpion... 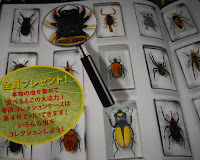 Posted by Michael Jones at 1:20 am No comments: Links to this post

This is just a little bit unbelievable, but we have now been given The Guardian Legion, a group of NHL inspired comic creations from the mind of Stan Lee. The Guardian 30 Matchup allows you to vote on your favourites.

Here's a rundown on the Canadian teams starting with my favourite Swamp Thing clone,

The Maple Leaf...a giant walking and talking maple tree who is an immovable object that can grow exponentially larger at will. The Maple Leaf is the largest of all the Guardians. A fact made more obvious when he "grows" infinitely larger as the need arises. His body is composed entirely of wood; essentially he is a living breathing maple tree. Large roots that shoot from his feet enable him to secure himself to any surface by penetrating and forming a foothold. His branches can stretch from his forearms allowing him to snatch up the enemy or grasp innocent victims in harm's way. He fires sticky "sap" bombs from his fingertips that trap his opponents like an insect in amber.
On top of all of this, the Maple Leaf has the super ability of chlorokinesis, basically allowing him to communicate with the plant world. The Maple Leaf, or "Trunk" as the rest of the Guardians know him, is one of the funniest of the Guardians. Always quick with a joke or a sarcastic barb, the Maple Leaf often disarms his opponents by bringing levity to tense situations. Don't let the funny man routine fool you though, because when angered this Guardian can be particularly brutal, and this is no laughing matter.

Next up, reminding me a bit like Jack Kirby's The Black Racer on skates instead of skis is "The Canadien", Legendary protector of Quebec. He controls power absorption and magnification. "The Canadien" is a ladies' man, culturally refined and quite simply the best at everything he's ever attempted. He expects to win in everything he does and the other Guardians love and respect him. He's fiercely independent and marches to the beat of his own drum.
He has jets strapped to his boots, inside the housing of the boots he has both hockey blades (for travelling across ice) and in-line skates (for everything else) that, when he fires off his rocket boots allow him to zip around town at incredible speeds. The Canadien has the ability of both Power Augmentation and Power Absorption, meaning he can copy the powers of any of the other Guardians as long as he's within a few miles of them. Through the use of Power Augmentation, the Canadien can also enhance the powers of his Guardian teammates. Just as in the NHL, all the teams are excellent in their own unique way, but all of them are made a little more valuable by the presence of the Montreal Canadien.

The next Guardian looks a little foppish to me, reminiscent not so much of a killer whale but rather a blue dolphin, Vancouver's The Canuck is the resident guardian sage. He controls the element of rain and uses focused sonar blasts as a weapon. "The Canuck" is tough, he's fearless and he is not afraid of physical work. In look, he is mostly human, combined with certain attributes of a killer whale. He has a massive cape attached to his waist that possesses the ability of shape shifting. The Canuck cannot fly but he can propel himself out of the water to great heights. Like all aquatic mammals, the Canuck uses a hyper sensitive form of Echo Location that enables him to track enemies at sea. The Canuck has two main super abilities - first is a form of natural empathy in which he can summon rain and during the ensuing rainstorm he can fashion the resulting downpour into any number of offensive or defensive weapons. He also has the power of summoning which he uses to call his whale friends to his aid when necessary. Hidden in the Canuck's wrist guards and boots are retractable spikes that assist him in maneuvering through the treetops. It's an odd sight watching this half killer whale character bounding through the trees but it's completely natural to this most contrarian of Guardians.

Edmonton's, the Oiler is the roughneck protector of the Great White North. He controls wintery weather patterns and oil manipulation. "The Oiler" is serious in a way that only a guy living on the outskirts of the most northern Canadian metropolis can be. He's gritty and tough like the roughneck oilrig workers he mostly associates with. He loves getting his hands dirty and not only doesn't he shy away from hard, physical work, he relishes it. He spends a majority of his time roaming the Northwest Territories. He's most happy when he's exploring the vast northern wilderness. He does have a lighter side although his superhero buddies don't always get his quirky sense of humor. He's a modern day Cain constantly searching for the wisdom that he's certain the frozen north has to offer. In stature you'd be hard pressed to find a more impressive Guardian. He's a 10 and a half-foot tall and 950-pound mountain of muscle. Whether it's blasting bad guys with torrents of energized oil, engulfing them in a horrendous blizzard or crushing through concrete walls, the Oiler is one devastating Guardian.

From our capital city, Ottawa, we get The Senator, half man, half god, all superhero with the heart of a gladiator and the soul of an inspirational leader. The Senator is a descendent of the Roman God Jupiter (the God of Thunder), who is the father of Mars, who in turn, is the father of Romulus and Remus (the legendary founders of Rome). The Senator loves action and could never subject himself to a life without risk. As a young man he sold himself into slavery in order to join the ranks of the gladiators. He became the most feared gladiator of the Roman Empire and his bravery is what allowed him to become a Centurion and later a member of the Senate. His skills as a leader were unequalled and the Roman people often referred to him as THE Senator, even though he was obviously one of many, and is the reason for the Guardian name he takes today. He has managed to keep himself alive for over 2,000 years making him the oldest of the Guardians.

Calgary's, The Lame Flamer Flame controls the element of fire. Using flaming eye blasts, lava balls from his fingers, he can even create a flaming stampede. The Flame is deeply affected by the people of Calgary - he has a strong sense of pride in his city and he takes his position as a representative of Calgary very seriously. As a result of Calgary being a young city, and one of the most ethnically and culturally diverse cities in Canada, the Flame has a personality that is multifaceted. One of the Flame's favorite hobbies is snow skiing, which is ironic considering he's comprised primarily of fire. He has a true passion for hockey, which leads him to be an ambassador for the sport. The Flame is completely resistant to heat and possesses the ability of pyrokinesis. He has the ability to generate heat and flame in his bare hands and can launch fireballs at his enemies. He can also focus flaming lasers from his eyes to melt a specific object or blow a hole through a steel door, concrete wall or bulletproof glass. He possesses wings made entirely of flames that enable him to scorch his way through the sky.

This promises to be either one of the most awesome or the lamest All Star Games ever!!
Posted by Michael Jones at 10:41 pm No comments: Links to this post

I appreciate a shorn scrotum as much as the next psychotic despot but even I draw the line at covering them with chocolate and selling them nude. Surprisingly they are rather yummy though. Who knew?

I haven't said much about KitKat lately, there have been a few new ones, most notably this Almond Bar and these overly delectable Cheese flavoured minis.

There has also been a new push on Sakura Saku (a term used when you give KitKats as good luck presents to students about to write their entrance exams). In the past, KK has offered premiums such as a pen or an eraser.

This time when one purchases two KitKat Kreations, you get one of two Clear files, although I've only seen this one. Check out some of these KitKat Kommercials for more details or watch this:


Just so you don't think I've forgotten about the plight of our long-armed friend, the Orangutan, it so happens that they've recently mapped the genome of the Sumantran Orangutan. Good thing too, because if Nestle keeps stripping them of their habitat, we may need to start cloning them.

Alas, yet another Comic Hero has been snuffed like a Roman Candle. Johnny Storm the dimwitted yet lovable Human Torch has been killed off in another attempt to garner comic bucks from a gullible public. As Bully attests, it hasn't been the first time that the FF have pulled the old "kill off a member" trick. 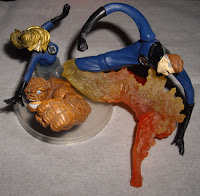 I for one shall not be fooled, I fully expect him to return if not as a Human Torch, at least as a zombified one. I rather like this YouTube of his eminent return:


I fully expect him to return and I wouldn't be surprised if he looked more like this... 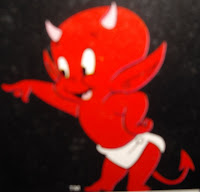 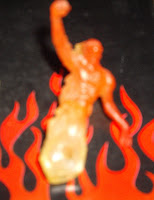