Am I Boaring You?

Out with the Old, in with the New. The doggies are out, the piggies are in. I walked to our local temple/shrine and bought an inoshishi (猪 or イノシシ). 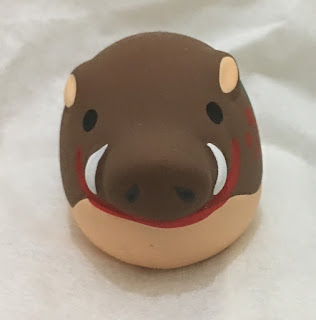 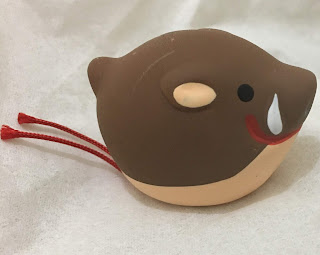 There was quite the lineup waiting to literally ring in the new year. The tradition is to toss some coins, clap one's hands, and ring a bell in hopes of good luck for the following year. 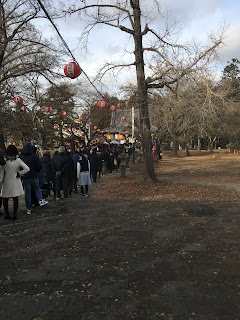 I chose to avoid the 初詣 (hatsumōde or initial Shrine visit) and just bought my pig instead. 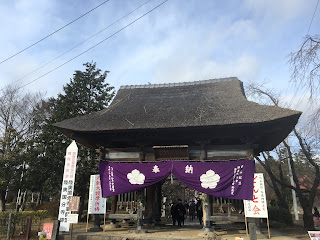 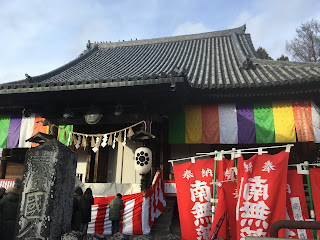 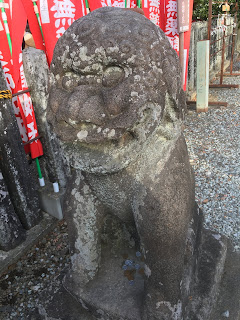 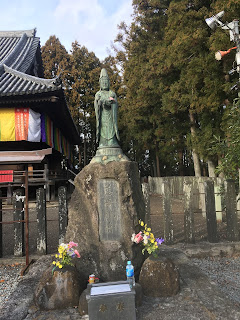 My favourite part of Mutsu Kokubun-ji Yakushido Temple is the spitting turtle. 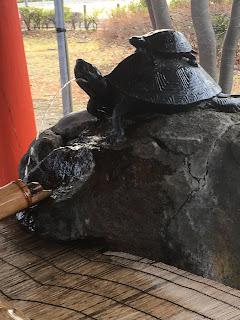 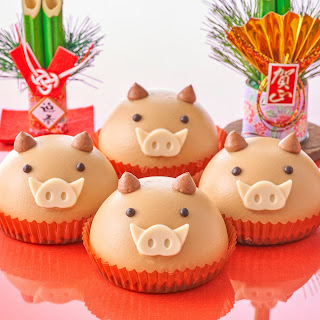 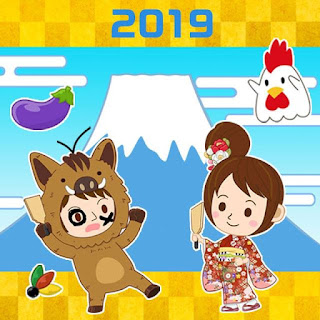 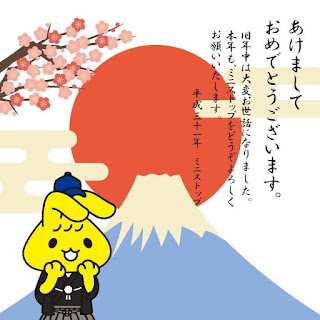 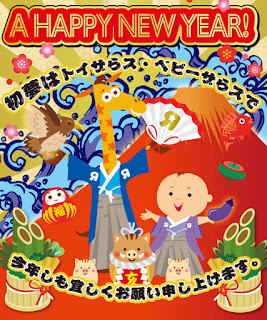 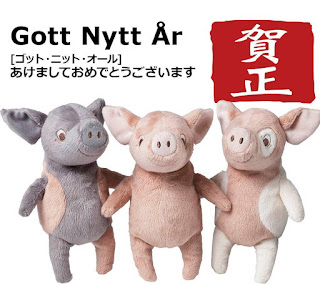 My New Year's Eve and the three days prior have been exceedingly uneventful, I watched several seasons of The Walking Dead while housecleaning. I couldn't not have a drink to celebrate, so I cracked I polished off my Christmas Sake and opened my Ultraman Sake. 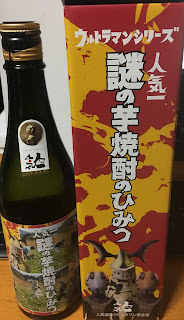 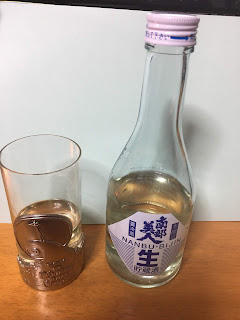 Have an Ultra-Happy New Year! 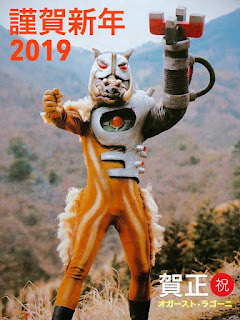 As for the title of today's post, I realize that I've been negligent in posting since Halloween. Hopefully, I'll be a little more attentive in the following year.
Posted by Michael Jones at 1:39 am

Awe that pig is so dang cute! Here is to a happy new year!

I could not resist buying such an adorable piggy.