Take a Wakanda Wild Side.

March comes in like a Panther this year for the First is the Japanese premiere of Black Panther. Sure it opens a few weeks earlier in North America and is already touted to be a Box Office Bonanza based on advanced ticket sales. 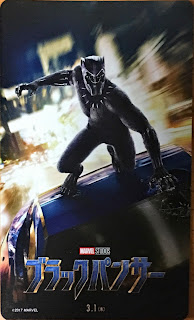 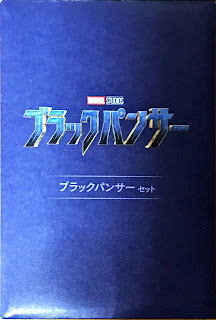 Within that are four little cards and one is sparkly!

The flipside of those cards makes up a mini puzzle. 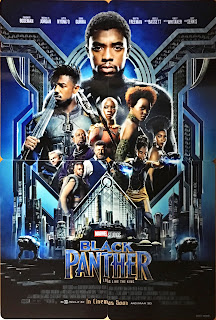 There are three different sets of cards to chose from. I may have to go back and buy some more tickets to assuage the completist in me. 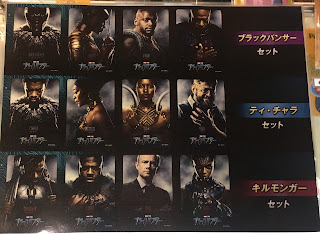 This is a copy of the promotional flyer for the film. Pretty nifty! 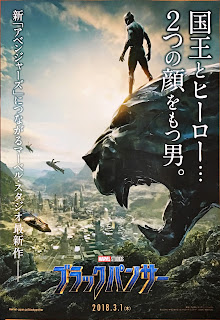 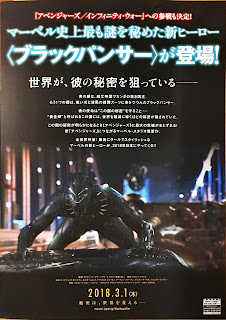 Before Black Panther shows up here, we'll be getting another Marvel movie making its debut, Marvel's Inhumans! Sure, that was a rather unsuccessful TV show in the US but over here, it'll be big blockbuster! 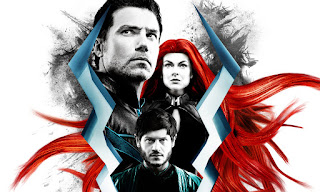 Unfortunately, this movie won't be shown locally so I'll have to try and track it down in a nearby city.

At least we have something to look forward to until Avengers Infinity War which surprisingly will be released a week earlier than North America!!
Posted by Michael Jones at 11:58 pm