It was Gaijin Day at the ballpark last weekend, though unlike last year, we weren't provided with terrific seats, we were shunted into the grassy knoll at the back of the stadium. Had I known (or read the instructions more carefully), I never would have gone. There was NO room on the hill and the only seats available were in front of the big screen TV. I could have stayed home for that. BUUUT...had we not arrived late, we wouldn't have appropriated a few seats at a picnic table and wouldn't have had a terrific time regardless.

One of the coolest things I've ever seen at a ballpark was the brief presence of an actual Golden Eagle at the Golden Eagles game. 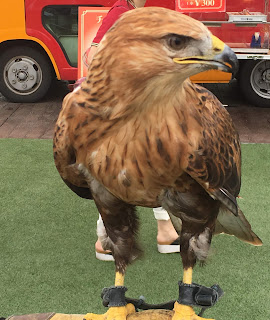 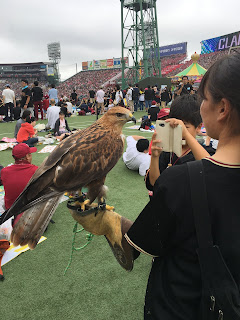 The trainer is pretty cute as well! 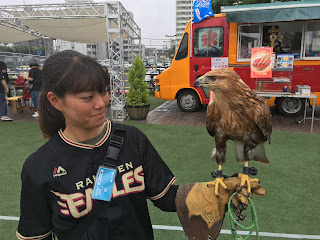 (I scammed this another photo or two from one of my companions. Don't tell him.) 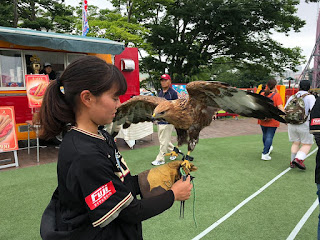 Other wild life I espied were these two shirokuma (I'm fairly certain, you can figure out what they are). 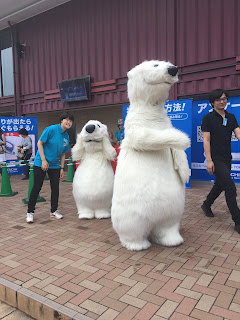 I was lucky enough to also encounter one of the Lamigo Monkeys from Taiwan. 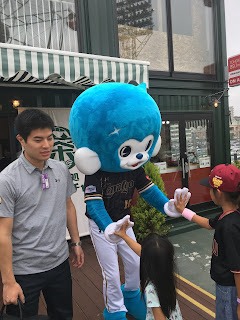 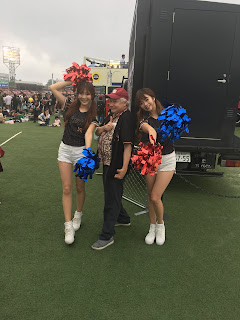 I was fortunate enough to meet two of the monkey's handlers. 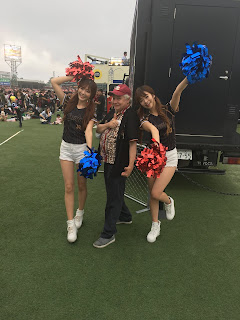 Their logo is pretty cool as well! 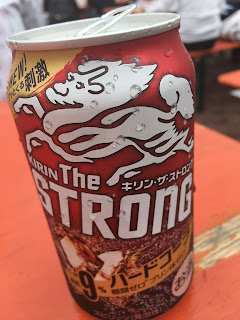 I drank two of these beasts (9%) and several brews. When I returned from the game at 7 pm, I crashed until 3 am.

My fellow baseball enthusiasts. (Yes, there was a game going on. Apart from a few glances at the TV, we just didn't notice it.) 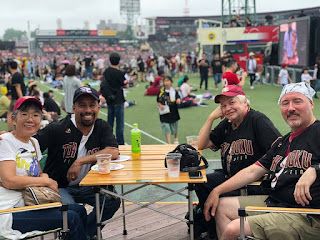 As you can see, we are similarly garbed. We landed a free jersey at that game. 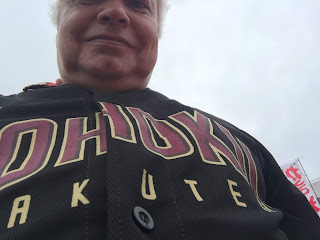 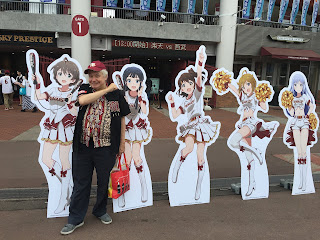 I got up off my arse at the 7th Inning stretch in time to film the launching of the Eagles spermatozoa. If I get a chance I'll share it, it's just taking too long to upload. 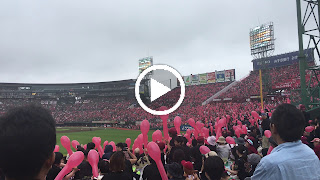 I got an eagle-eyed view of the game from the かんらんしゃ (kanransha or Ferris Wheel). 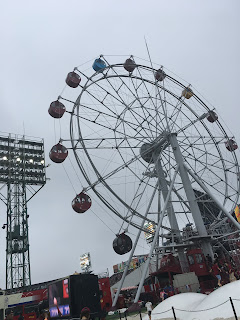 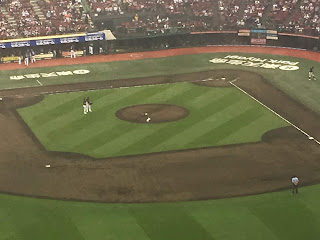 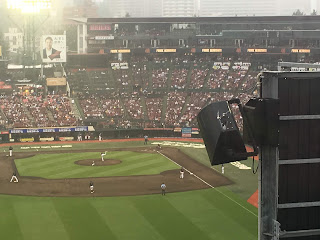 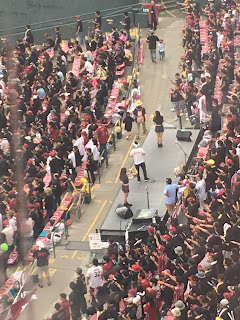 The Colonel had even worse seats than us yet still enjoyed the game. 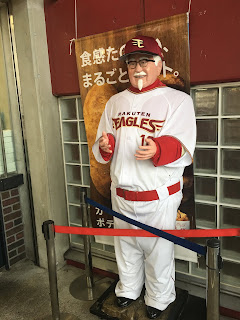 Hopefully, we'll get better seats next year though I doubt whether we'll enjoy the game as much...
Posted by Michael Jones at 12:14 am