Sad to report the passing of Gojira suit actor, 中島 春雄, Haruo Nakajima. There are several obits out there (such as this one) so I won't repeat any of them. I could easily show pictures of him in costume, rather I'll show off a few of the pictures of Haruo out of the suit. 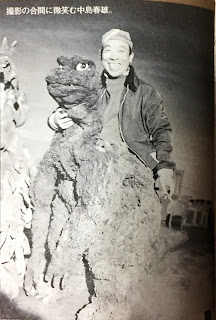 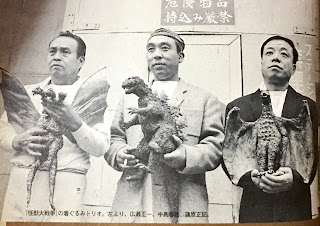 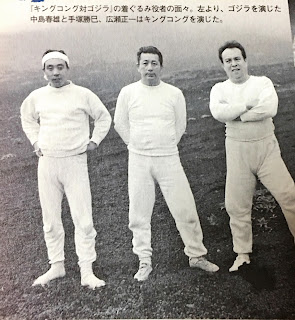 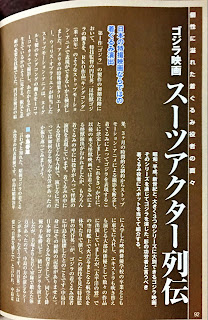 The above bio and three pics are from this book. 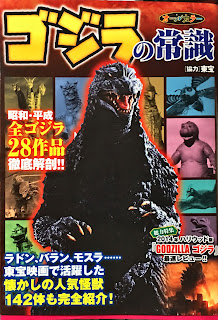 From the following book, a manga of Special Effects maestro, Eiji Tsuburaya (click that link for some shots of Eiji), I scammed a few artistic renditions of Mr. Nakajima in action. 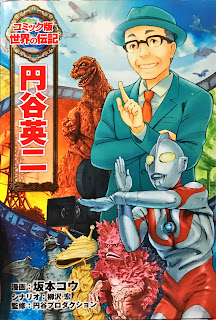 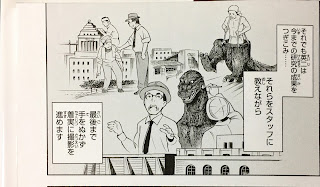 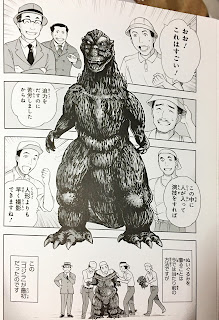 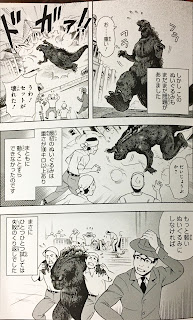 Another artistic rendering of him showed up in this book. 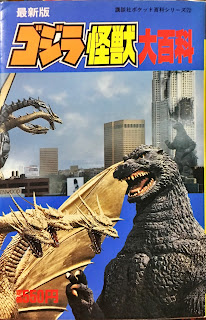 (Apologies, I'm not sure whether this is Haruo or not. It's a cool picture nonetheless.) 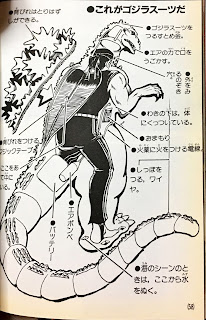 Finally, from this book, I scored several good pics. 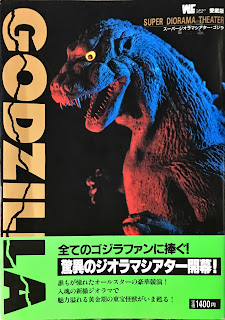 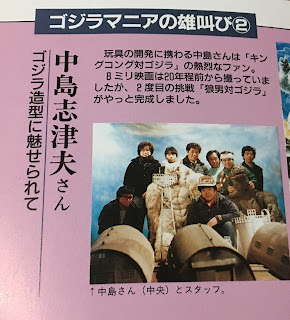 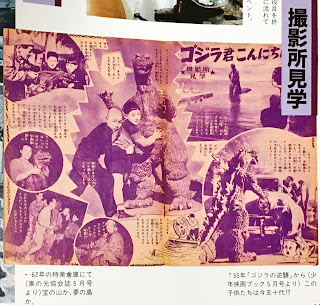 I'm fairly certain that Haruo was Matango, it's kind of tough to tell though. 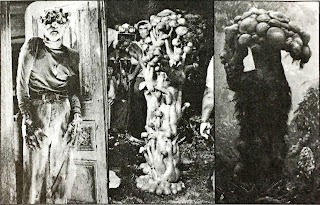 These two photos show the process used to suit up Haruo into his gear. This process was intensive and apparently he lost several kilograms and passed out a few times during filming. (Be sure to click on any picture in order to DaiKaiju-size it!) 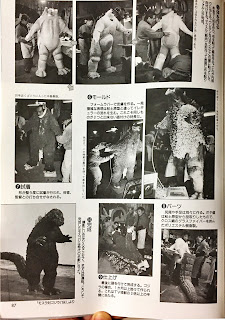 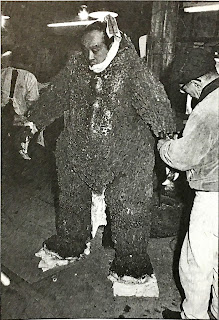 I'll have to keep an eye out for his autobiography, 怪獣人生 元祖ゴジラ俳優・中島春雄. If I can find a cheap copy and it has some photos, I'll be sure to snap it up. Furthermore, these two fans drew a manga tribute to him. Check it out!
RiP Mr. Nakajima, without your performance within the body of Godzilla, I'd be without an obsession.
Posted by Michael Jones at 11:37 pm

Cool, thanks for posting!