No brains, no heart, I'm much too shy.
Blah blah blah blah oh me, oh my.
But never mind you three,
It's the Wizard as you can see.
He'll fix that; one, two, three...it's the World of Oz.
(Doo-doo-doo-doo-doo-doo-doo-do!)
(Dagnabit...I forgot a line. Be sure to watch the YouTube below for the correct version.)

That's the opening song for The World of Oz. A Canadian production that was a staple for all Canucks growing up. We would watch it religiously before going to church (and we enjoyed it a lot more than church).

For my own personal nostalgic reasons, here is the 1961 Arthur Rankin "Videocrafts" version starring Carl Banas as the Wizard (doing an odd WC Fields impersonation.) He was the Scorpion in the old Spiderman show and Little John in Rocket Robin Hood. Most of the voices can also be recognized in the Rankin/Bass Rudolf.

This particular one is full of racism and child abuse. Ahhh. The good old days.


On the other hand, a more anime-ted version showed up in Japan in the 80's. I have never seen them, but from what I've discerned, the dubbed versions (starring Canadians Lorne Greene as the Wizard, Billy Van as the Scarecrow and John Stocker as the Tin Woodman) have been fairly pooh-poohed among the more discriminating fans. Personally I find the animation to be above par and fairly close to the original written work, as opposed to the Garland-movie version. What follows are the intros to the show for you...

Intro to the Japanese anime from 1980:


Here it is again lyric-less with a jazzy tune.


While wandering through the used book stores of Japan, I came across some Manga-ized versions of those very adaptations and I've scanned it for you below. I painstakingly translated it into English and sent the first two books to a man whose Wonderful Blog of Oz I've been reading for the last several months (I think this may make me an honourary Winkie). I only scanned the pictures and not the words, if anyone out there would like a copy of my amateur translation, give me a holler.

I really enjoyed translating this story and I particularly liked that Kalibah creature (head of a lion, body of a bear.) I may use it the next time I need an avatar. 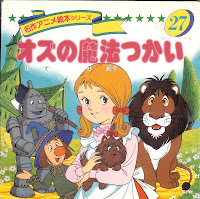 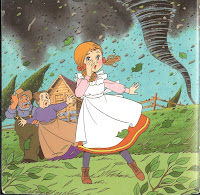 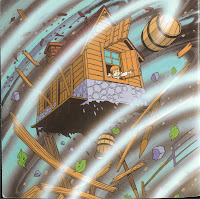 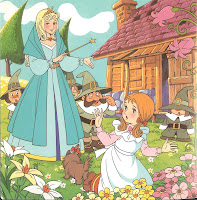 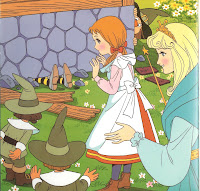 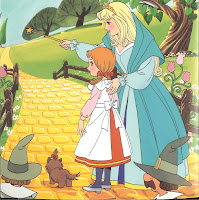 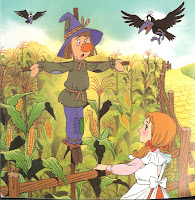 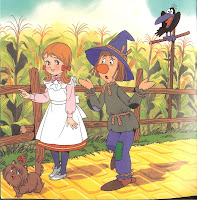 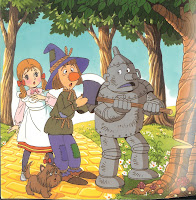 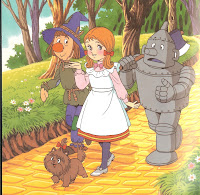 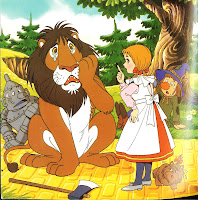 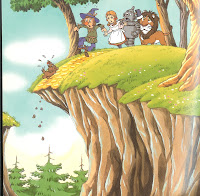 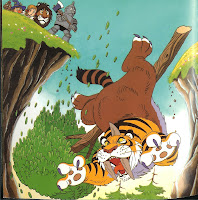 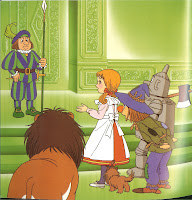 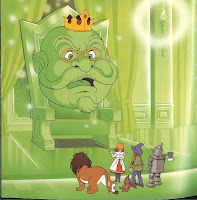 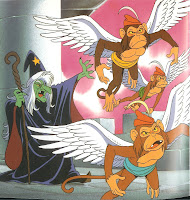 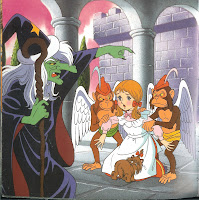 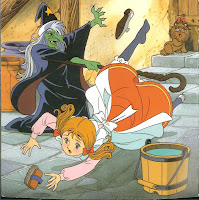 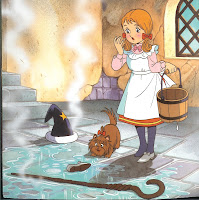 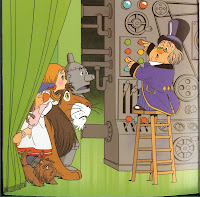 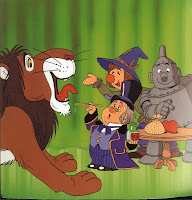 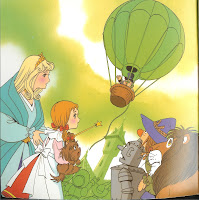 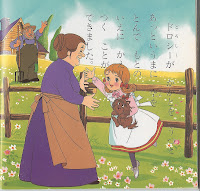 Posted by Michael Jones at 6:06 pm

I'm so glad I stumbled upon your blogpost with the wonderful scans! These illustrations are from one of my favorite illustrators whose name i unfortunately don't know. :( I really hope you will see my comment snd can help me out, since you are capable to read the original book...? It's so hard to find the illustrations on google and I wanted to buy other stories for my son.
If you happen to see this and remember the illustrators name I'd be very happy to hear from you.
Mxie.contact@gmail.com

Thank you in advance and all the best
Simone

Give me a few days to check. I'm not sure who the illustrator or author is. I'll ask a co-worker.
I may have an extra copy of this book. maybe I could send it to you.
And today is Baum's birthday too!