I'm going to take a brief respite from the Countdown to Halloween 2016 to wish everyone (in Canada) a Happy Thanksgiving! (I could also wish those in Japan a "Happy Sports Day", but I'm not that good a sport.) October 10th also has special meaning to me as well for that is the day I arrived in Japan 17 years ago!

I think the traditional 17th gift is rubber* so isn't it a happy coincidence that I have some erasers to share with you today.
(*I have NO idea what the traditional gift for 17th is, just play along.)

I'd been searching for Tsum Tsum Marvel Erasers in the conbinis of Sendai for over a week to no avail. It took a trip out of town to the sticks of Tsukidate (where I went for a wedding) to track down a few of these. 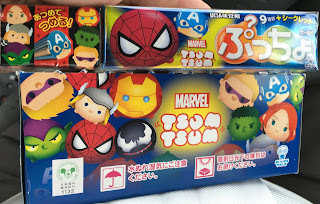 I gave away the Puccho candy to my wedding gals and kept the eraser for myself. En route home, I found a Lawson's that was selling them and picked up ten more and Woohoo! I landed the entire set except for the Secret one!

Here is my booty! I'll present them in the order that they became Avengers, starting with Thor, Hulk, and Iron Man in their premiere issue. 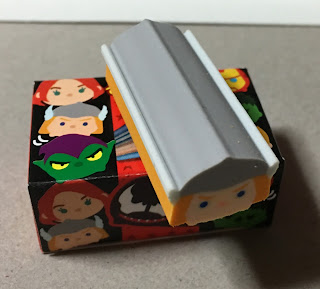 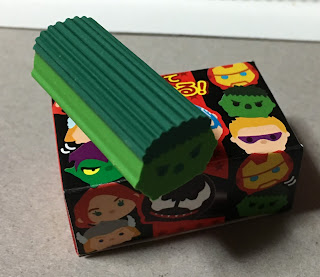 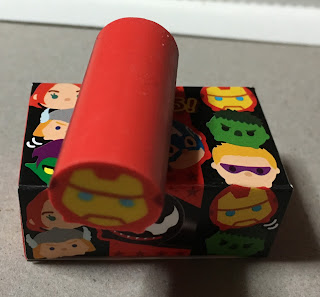 American Captain oops, Captain America joined in Avengers #4. (I had dinner with a friend last week and gave her a Cap pouch. She gleefully exclaimed, "Oh cool! American Captain!") 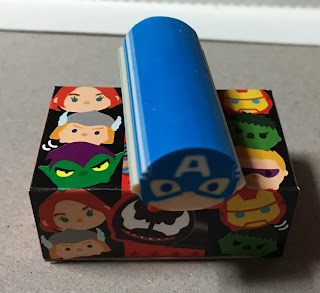 Former villain Hawkeye joined in issue 16 when the big three left and Cap started up a new roster along with Scarlet Witch and Quicksilver. 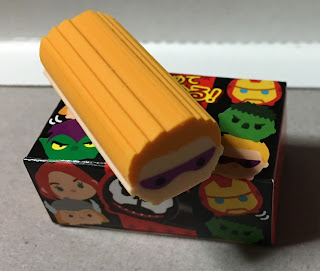 Black Widow joined their ranks in #44. 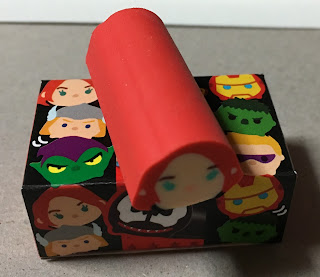 I have no idea when Spidey joined the Avengers for I had given up on Marvel Comics in the 90s yet he was asked to join them in Amazing Spiderman Annual #3 but chose to turn them down. 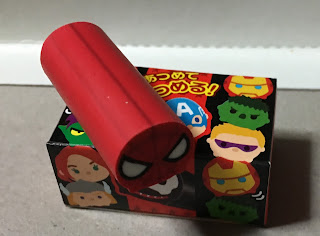 Venom is normally a Spider-man villain yet I believe it has possessed Flash Thompson and joined the Ultimate Avengers. 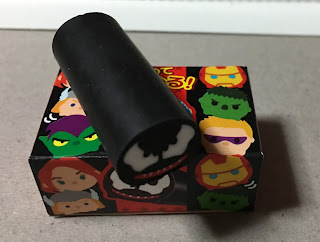 So far as I know, Green Goblin has never joined the Avengers!! 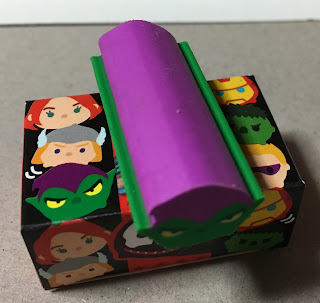 See how these heroes (and villains) stack up! 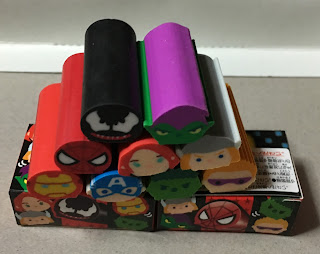 Here are a few in a picture scammed from the Puccho website. Use the link above to check out some more.

This is a silhouette of the secret one. What do you think it is? I suspect it's the Black Panther (who joined the Avengers in issue 57 if memory serves me correctly.) 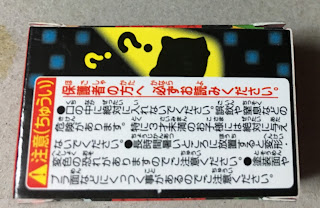 This very cheerful vlogger opened up one and got XXXXXXX. You'll have to watch it to see. I recommend skipping to the two minute mark and thus eliminating all her banter.

I have something else to share with you and I'll do so tomorrow. My pc is acting up and it's past my bedtime.
Posted by Michael Jones at 12:11 am