A Kaibutsu Nightmare Before Halloween.

Monday was a holiday here (Sports Day) and I had another wedding to preside over. Afterwards, I head downtown for a bit of UFO-Catching. Not a bad haul but as usual, a few weeks before Halloween, they bring out the Christmas characters! Grrr! 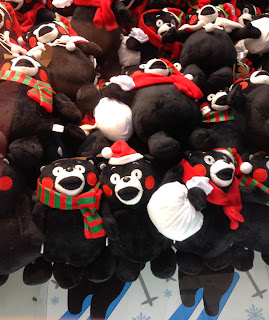 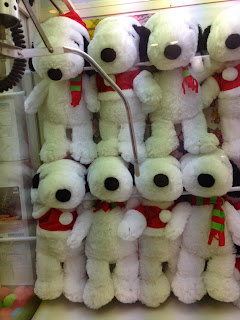 Fortunately they were the only items I saw but I'm sure more are to come.

The Mickey was easy to grab but his spouse was more difficult to finagle.  I don't really know much about One Piece but this freaky ghost is pretty cool!
The Slinky-dog dressed as a fox and the Army Men carrying candies are perhaps the last of the Toy Story haul for this year. The big prizes are gone in most stores and it just isn't financially sound to keep trying just to keep getting doubles (quintuples) of Buzz. 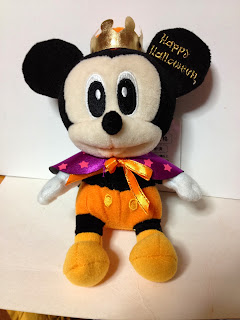 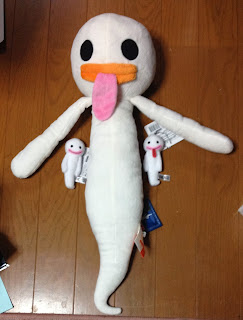 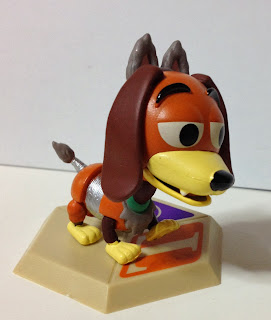 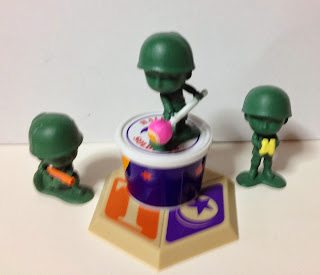 I am extremely pleased to have caught this mask of a character from Attack on Titan. It is VERY difficult to see through the little dots for eyes so I don't think I'll use this as a costume this year but I will definitely be wearing it at school to freak out my students! 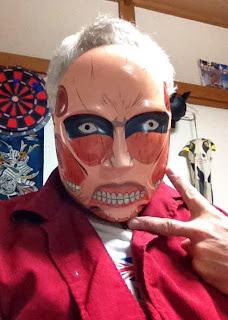 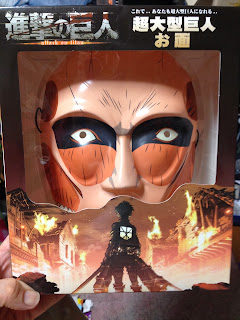 Besides, I could never master this guy's moves:

Today's Kaibutsu-Kun has him attacked by a giant rose and he meets up with the apple-selling witch from Snow White! 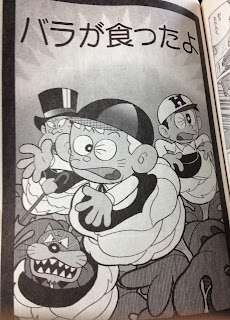 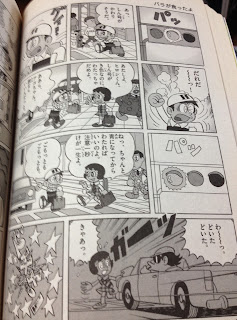 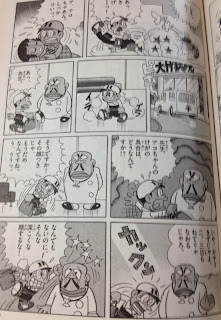 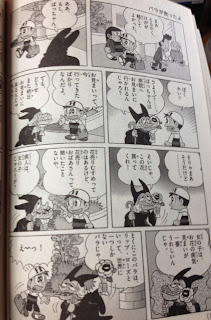 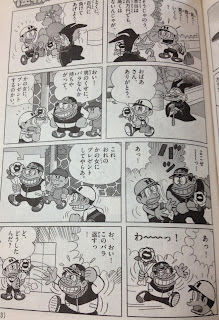 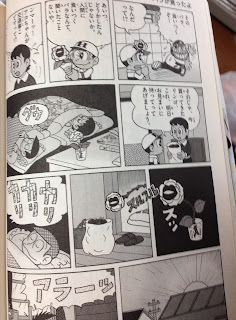 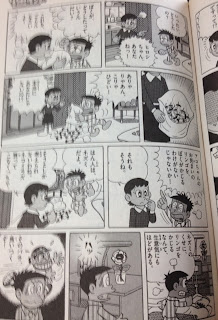 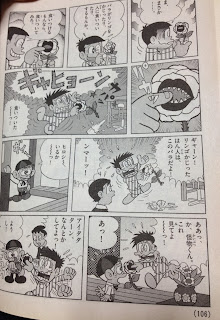 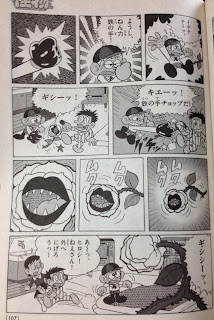 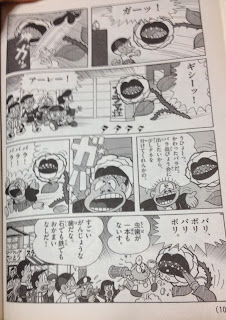 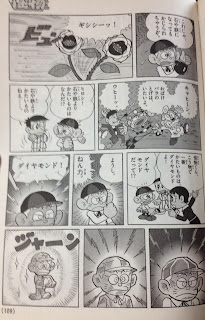 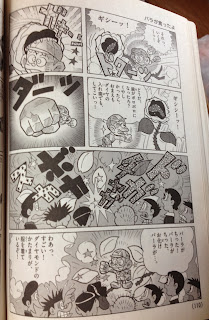 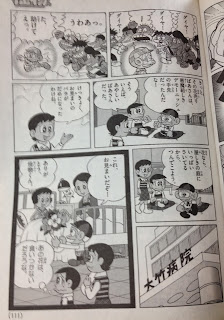 Today's snack isn't very Halloween oriented but it relates to the picture at top. I bought a pack of these mini-chocos and gave most of them away to my Wedding Choir girls. 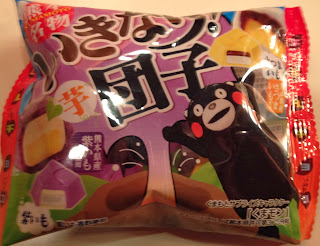 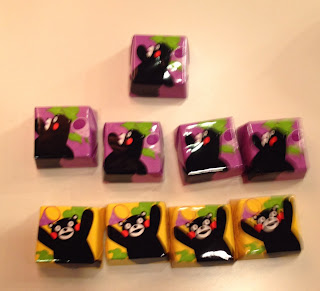 I'm a little behind on the Countdown to Halloween 2013 so I hope to have another post up in an hour or so. While you're waiting click that link for all the other participants.

Posted by Michael Jones at 9:01 pm